Prior to the main event, a number of participants to the Global Land Forum will take part in field visits around Jordan, including in Amman, Dana, Hima Bani Hashem, Mansoura and Mafraq. From 20-22 May 2022, these will represent occasions to meet local communities, farmers and local authorities, and to gain a deeper understanding of the land governance context in the country. Participants thereby will engage and share best practices and lessons learnt from their field visits on the first day of the Forum. 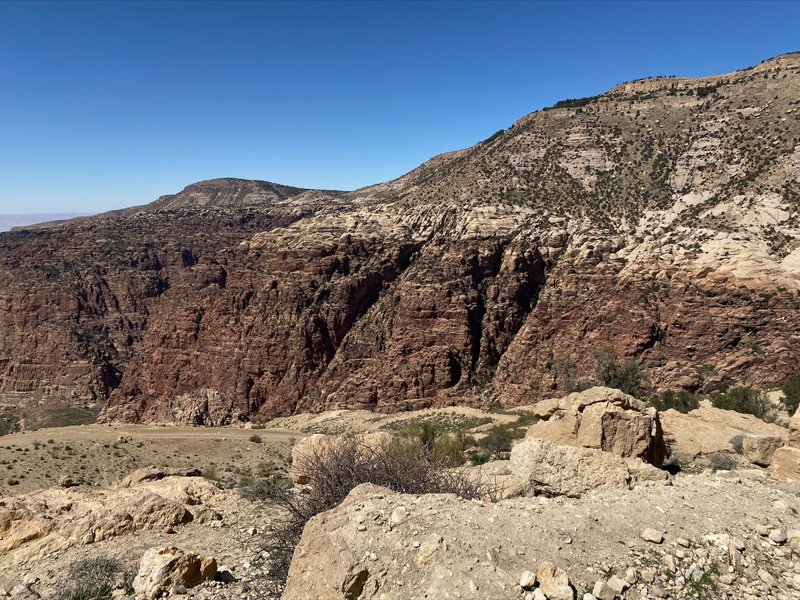 The Dana Nature Reserve was created in 1994 on 320 km2 of customary land, designated in protection of its four eco-systems (Mediterranean, Irano-Turanian, Saharo-Arabian and Sudanian), numerous archaeological sites and abundant, endogenous and endangered flora and wildlife. The Dana and Qadisiyah Local Community Cooperative (DQLCC) established local land governance and management bodies to manage the site.

The DQLCC promotes the importance of common land and resources as a way towards sustainable and equitable development, by empowering members of the local community particularly focusing on youth and women. It works to preserve the Hima methods (traditional land and natural resources management), promoting the Indigenous and Community Conserved Areas method of conservation (ICCA’s ‘Territories of Life’) and supporting the development of local projects such as handicraft and ecotourism. Participants will be exposed to the perspective and experience of the local community, coexisting with the regulations that govern the Dana Nature Reserve. 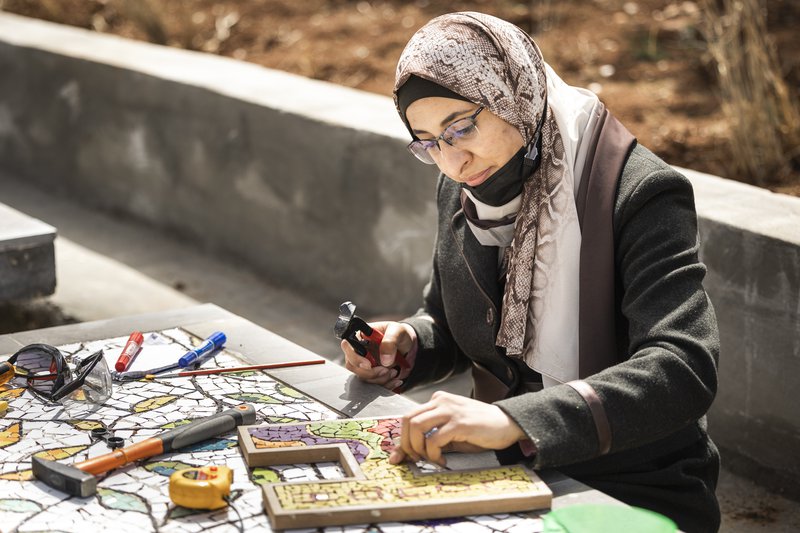 Amman is the political and economic capital of the Hashemite Kingdom of Jordan, and home to 42% of the Kingdom's population. It is a popular destination for its cultural and historical sites, its advanced medical services and economic facilities. Operating in Amman, GAM is a civil institution with financial and administrative independence, managed by the City Council. The Municipality provides more than 138 municipal services, which focus on the environmental, health and infrastructural dimensions.

While GAM’s initiatives promote progress and innovation, their fundamental objective is the preservation of Amman's identity, cultural heritage, community development and human dimension. Walking inside the Jordan Museum, the Citadel, Amman Down Town, the Roman Amphitheatre, and the City Hall, participants will learn about the history of Amman. Visiting the Anti-desertification project, engaging in cultivation of medical herbs, and the improvement of green infrastructure with local communities, participants will learn about its future. 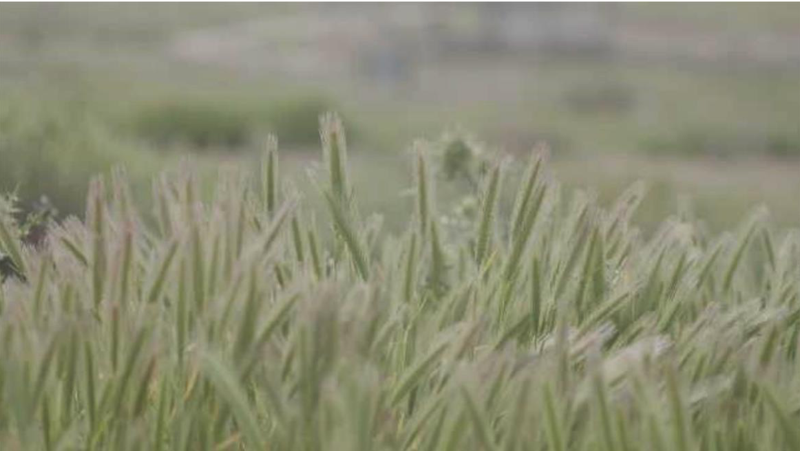 The International Union for Conservation of Nature – Regional Office for West Asia (IUCN – ROWA) through its programme “Securing Rights and Restoring Land” has chosen the Hima of Bani Hashem as a pilot site for Improved Livelihoods. The site is located in the Zarqa governorate. It is an area of around 100 hectares, constituting part of a forestry reserve managed by the Forestry Department of the Ministry of Agriculture.

The total population of Bani Hashem villages is 15000 people. Most of the local community depends on government jobs for financial and health security, while few families rely on the agricultural production of barley, soy, alfalfa. Participants will learn about community-based management and discuss the relationships between indigenous communities, local government, and national government. Moreover, they will visit and discuss important local sites, such as plantations of medicinal herbs and fragrant herbs, and the women’s associations in those areas. The field visit includes a tour of the seeds bank of the Royal Botanic Garden, community nurseries of the Badia Fund and Sabha, where visitors will plant medical herbs and rangeland plants. 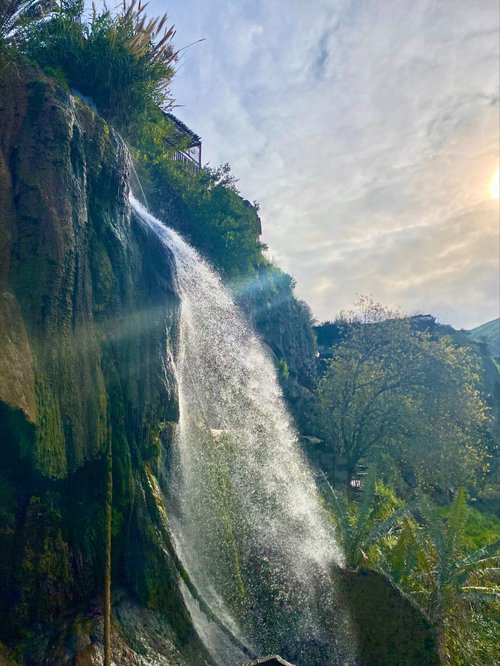 The Jordanian Heshemite Fund for Human Development (JOHUD) was established in the Irbid Governorate in 1977 under the chairmanship of Her Royal Highness Princess Basma Bint Talal, as the oldest and largest no-profit, non-governmental organisation in Jordan. It is specialised in addressing development issues at the national level. It doing so, it became a national leader in development, working in partnership with local communities, NGOs, Jordanian sustainable government institutions, as well as the United Nations and other international governmental organisation. The holistic approach of JOHUD's work is reflected through the programs implemented by the Community Development Centres, which include early childhood development, public health, information technology skills, gender mainstreaming, youth empowerment, income generation, and natural resources

Participant will: (i) Visit Princess Basma Centre for Human Development / Mansoura to see the centre’s achievements and its impact on the local community. They will meet women from the local community, visit a resort in Al Mukhaybeh area and meet with women pioneers of water change and learn about the impact of the Water Wise Women Initiative “WWWI” and the extent of benefit from the project. 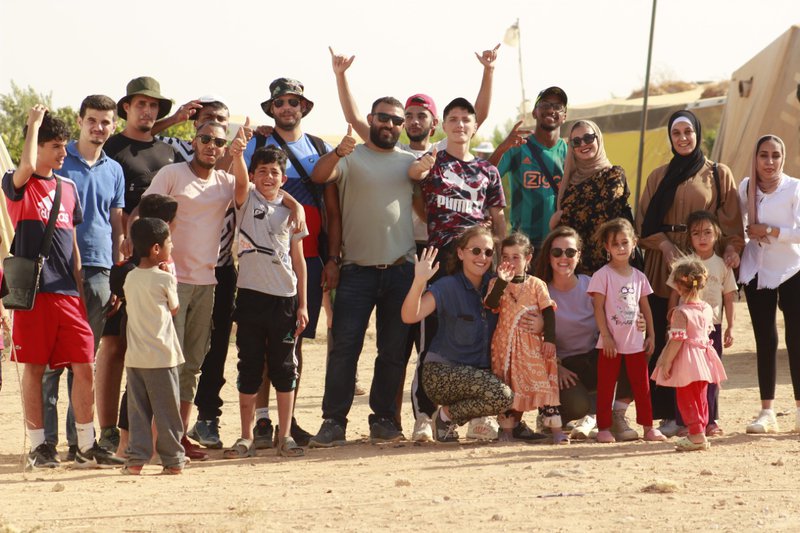 Since 2012, Jordan has accepted hundreds of thousands of Syrian refugees fleeing conflict. As of April 2021, 665,834 Syrian refugees were registered with UNHCR in Jordan. For different reasons, a number of refugees have left refugee camps and started to live in self-managed camps, occupying, acquiring and developing tracks of land. The field visit will be organized in the context of such refugee camps, as SEEDS hosts and supports one of them, next to the border with Syria. SEEDs works to strengthen the resilience of Syrian refugees in Jordan, empowering them to secure their land access and land-based livelihoods, and to develop farming skills for securing their food security and family incomes. The support includes land access and security, as well as shelter, water, electricity, and paid jobs as farmers in the farm that host the camp. A school was established for 80 children, to learn Arabic and other basic skills.

Participants will take part in a two-way sharing session with the local community, participate in farming field work, hand in hand with local communities and refugees, as well as partake in other activities such as community handcraft etc. They will visit the historical site of Um eljimal, containing ruins of a Byzantine and early Islamic town and will learn more about land conflict and partnership creation in the context of cross border migration. 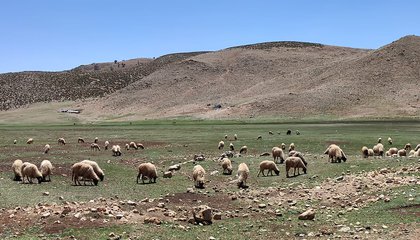 Advocating for young pastoralists in Morocco 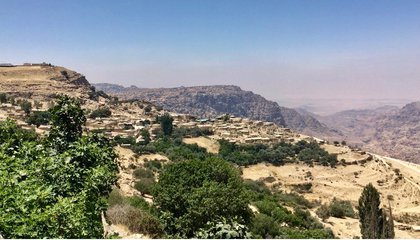 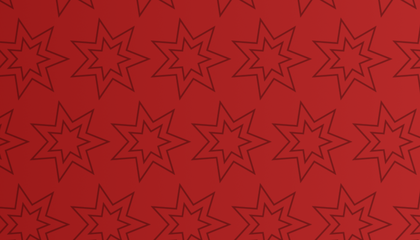